This Pentacle is in desperate need of editing by any Magicians who know anything about the Bartimaeus Series. Please: Edit! We are also in need of administrators willing to maintain the wiki - contribute and show your love for the series and you could gain extra privileges. 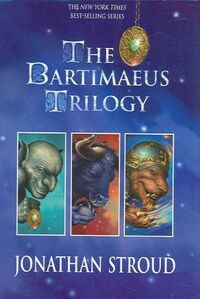 The main trilogy revolves around the young magician, Nathaniel, the djinni, Bartimaeus, and the non-magical commoner, Kitty Jones. The story is set in an alternate London, where the government is run by magicians, with their slaves, the "demons". The series itself follows Nathaniel as he grows up, and continues to rely on good, old Bartimaeus (5000 years, to be approximate). Nathaniel, now the Information Minister, John Mandrake, soon learns of Kitty, and the elusive Resistance, of which she is a part of. But before long, the commoners start to rebel and riot. Mandrake and Bartimaeus, along with the help of Kitty, must try and bring peace between magicians and commoners, before everything is too late.

Read more about the series here... 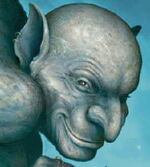 Demon is a general term for any of the supernatural entities originating in The Other Place and commanded by magicians in the alternate world of The Bartimaeus Trilogy. Although considered disparaging and more than a little disrespectful by Bartimaeus, it is commonly used by magicians, particularly during their incantations. 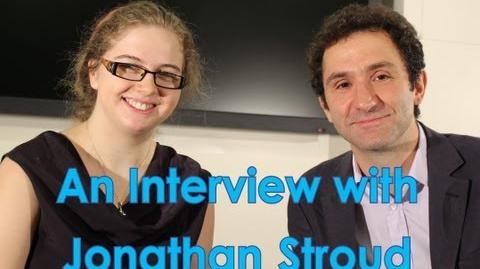 An Interview with Jonathan Stroud 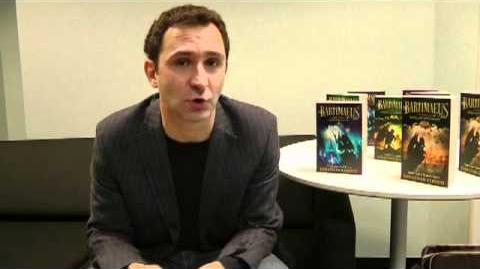 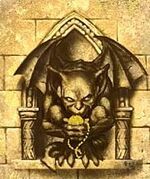 Bartimaeus is an ancient djinni of the fourteenth level (although he has also been referred to as a fourth level djinni) who narrates much of the story and is one of the three main protagonists of the trilogy. He has had many well known masters and although not the most powerful of djinn.
Read more about Bartimaeus here...

To write a new article, O Master, just enter the article title in the box below, and I shall publish it!

Retrieved from "https://bartimaeus.fandom.com/wiki/The_Bartimaeus_Trilogy?oldid=6687"
Community content is available under CC-BY-SA unless otherwise noted.